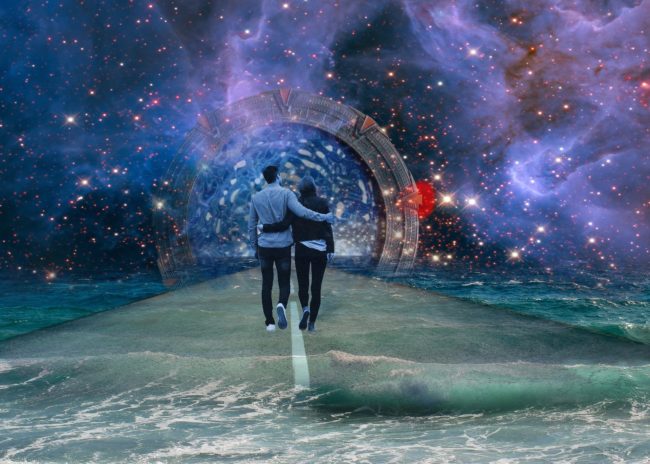 Bring your science fiction book to life in the minds of readers and keep them coming back for more! Sci-Fi is a fun and creative genre to both read and write, and one where you can really get stuck in expressing your own ideas, thoughts, and clever quirks. It may seem like a crowded industry and one that often sees ideas duplicated, but it need not be this way. If you’d like to start writing sci-fi, read on for our top tips.

When you’ve got a decent plotline, concept, or character, investigate it more thoroughly by asking yourself questions about it. Consider how readers would feel about it in line with society’s current expectations, technological limitations, and norms. A character may not be liked, a concept may seem entirely radical, and a plotline may be unlikely in 2018 on planet Earth… but does that matter? Challenge yourself with interrogation and your story shall soon develop. “What if…” can stimulate endless bounds of imagination and opportunity for your book.

Remember: your ideas are yours, and they’ll never appear in someone else’s head the way they do in yours. Subtleties and character behaviour needs to be explained and should be done so in a way that gives some back-story and sufficient reasoning, but doesn’t patronise – science fiction readers are far from naïve or unimaginative, but they will need to understand why things happen in a certain way.

Plan an ending… for now

Even if you’re intending to write numerous novels, an end must be in sight in order for you to tie all of your storylines in to a solid conclusion. An idea for an ending doesn’t need to limit you (who knows what you write once your initial series has been completed?), but will help keep you on track and focused without deviating too much, or introducing unnecessary or overly-complicated tangents.

Separate out your stories

Sci-Fi often makes up a series rather than a single book, and that can be bit overwhelming. If so, while keeping the bigger picture in mind, just focus on one book at a time. It’s your story, and you can do, or not do, whatever you want with it. If you’d like your audience to be able to read just one book in the series without needing the others, top and tail and explain it well enough so that they can. And don’t leave a cliffhanger. Readers often dislike cliffhangers – they find them annoying and manipulative, as though the author is just trying to make money. And, it can be especially aggravating if the next book is still a year away from being finished and published. So, look after your readers and don’t leave them hanging.

Continue to read and watch Sci-Fi

If you’re writing within this genre, you’re most likely a fan of it already. Don’t stop indulging your interest in it by limiting your intake of books, films, games, podcasts, and TV while you’re writing. Instead, keep it up and gather inspiration from its continued presence in your life. You still need to set aside ample time for your own writing, and you don’t want to draw too heavily on someone else’s work, but don’t withdraw entirely. There’s always more to learn, more to see, and more to experience in science fiction, so let it continue to spark new thoughts and feelings and use those in your books.

Be a Star at Writing Science Fiction Books was last modified: May 3rd, 2018 by PublishNation

I have published other books in the past but I must say that Getting You Only Die Twice published was the easiest yet.

From formatting and proofing to cover design. David and the PublishNation team were very helpful and easy to deal with.

I am more than happy with the cover design, the provision of the ISBN and uploading to Amazon. Unlike my other efforts, there’s no complicated contract or additional payments and I have access to the sales figures and potential royalties. Along with easy author copy ordering. I will definitely be using them again.

Mike Mitchell was last modified: May 26th, 2020 by PublishNation
Mike Mitchell
You Only Die Twice: A Penney Farthing Mystery