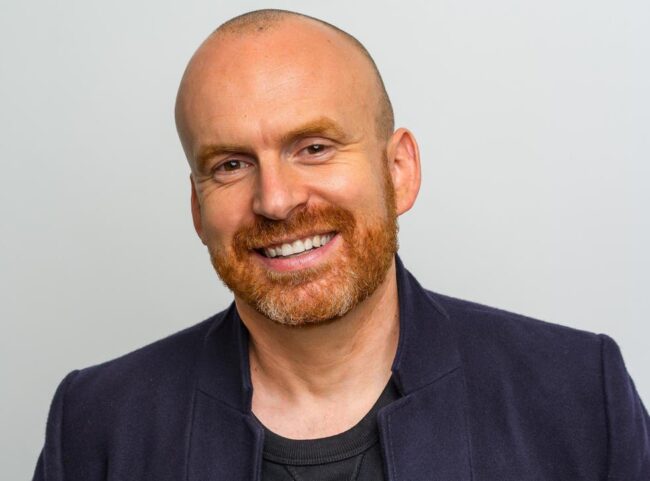 Matt Haig is rightly regarded as one of the modern era’s most adaptable and imaginative writers.

His novels leave critics weak at the knees, his children’s books are met with whoops of delight, and his personal non-fiction books are, well, personal and deeply insightful.

However, the 45-year-old doesn’t believe there’s any real secret to his success.

And the only reason he’s willing to offer a few pointers for anyone hoping to make their own mark in the literary world is that offering helpful tips is a welcome distraction from working on his latest chapter.

“Everyone from Elmore Leonard down has written them.

“If Shakespeare was alive now, he’d be blogging about where to place an apostrophe.

“Even I’ve written some, and they drive me mad, but they are easier than getting on with my next novel.

After studying English and History at university, Matt went on to run his own internet marketing company.

And he published several well-received guides on e-commerce and branding as he built up his business.

Within a couple of years, though, his first novel, The Last Family in England, which is loosely a canine influenced version of Shakespeare’s Henry IV Part I, made an impact on both sides of the Atlantic.

Two years later, Dead Father’s Club, with more than a hint of Hamlet within the plot, was every bit as successful.

Rather than continue his charge up this ladder, Matt side-stepped expectations by producing his first children’s novel, Shadow Forest.

And it wasn’t long until the awards began to build up.

Ever since, he has been adding to his arsenal with exceptionally good novels such as The Humans, How to Stop Time, and most recently The Midnight Library, while also producing memorable children’s fiction, such as Father Christmas and Me and Evie in the Jungle.

And his memoirs stemming from a mental breakdown at the age of 24, Reasons to Stay Alive, topped charts all over the world.

So just how does the father-of-two from Nottinghamshire continue to produce such diverse and dynamic work?

Reluctantly, Matt continued: “If you are only writing for money, you probably won’t make any.

“Write for you; write because you have to.

“Write because the whole world is conspiring to kill our imaginations and only books can save them.

“Write because in a world where governments and corporations don’t want us to think, writing is a revolutionary act.”

And just to stall work on his latest novel for a few minutes more, here’s some more wisdom from Matt Haig:

The process of getting my book published by PublishNation was extremely efficient.  The quality of the finished product also exceeded my expectations.  I was especially pleased with the  cover design, which was excellent.