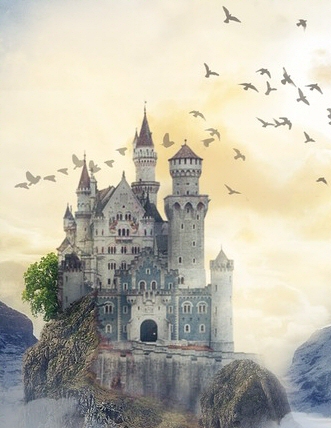 There are probably few people who haven’t heard of George R. R. Martin, and if they haven’t heard of him, they will almost certainly be familiar with award-winning hit TV series Game of Thrones. In 1991 Martin began writing a fantasy novel, and over the years that followed, he produced several sequels that turned into the epic fantasy series A Song of Ice and Fire, which became an international bestseller. Then in 2011, American TV network HBO picked up his series and created Game of Thrones for TV and Martin suddenly found himself in the spotlight as it quickly became one of the world’s most popular TV shows to date.

The huge question that any would-be writer wants to know, of course, is just what is it about how Martin writes that people find so appealing? And how can they write something so convincing and compelling that people just won’t be able to get enough of it?

Here are a few tips from the great author himself on writing.

Don’t let your imagination limit you

As anyone who has read one of Martin’s books will tell you, he is fond of characters. In fact, the phrase ‘A cast of thousands’ might spring to mind. But, this is one of those things that really draws you into his work. The author says that he always knew he wanted his stories to be big and complex; before writing novels, he wrote TV scripts and the most common criticism he received was that his stories were just too big with a cast far beyond the budget available.

So, if you want lots of characters, go ahead and create them and give them fascinating identities and complex plots. Just remember, the more characters you have, the harder it might be to keep track of them, so your writing will have to be clear and the characters well-defined.

Not all writing days are good days

It’s great to have a goal when it comes to your writing and most successful authors will tell you to write a little every day and create a pattern to your work. However, this isn’t always possible, and if you can’t force yourself to be productive every day, then you shouldn’t force it. As they say, tomorrow is a new day.

Even the best authors will have bad days when it comes to writing – days when the words simply won’t flow and the ideas don’t work out as hoped. Martin himself says he has days when he struggles, and when he gets to the point where he has written only a few sentences over the course of half a day, he recognises that it is time to stop for the day and do something else in order to recharge the creative batteries.

You can borrow from history

While Martin’s novels are fantasy, there is a strong and identifiable theme of actual history that runs through them – in this case, medieval. Using history as a basis for your novel can offer you a great backdrop to work against. It can also give you a great supply of details that you may, or may not, wish to include. Martin prefers to mix and match his history and manipulate some of the details to fit in with his plots and characters.

Write from a point of view of truth

It’s always important to write from a position of truth. That doesn’t necessarily mean you should write about incidents that have happened in your own life, but rather that you should use real-life emotions to draw on for inspiration. Regardless of the genre you choose for your writing, at some point emotions will play a part in the book, and the best way to get these across is to think about situations you have experienced, emotions that you know.

It’s important to write about what you know, but this doesn’t mean you actually need to write about your own life events. Just tap into your own emotional feelings, remember how you felt when you experienced those emotions, and put it all into your writing. Giving your characters this type of emotional depth can really help your readers to connect with them.

A word of warning though – grief is a powerful emotion, so while using those real-life emotions to help you write is a good thing, be sure that you don’t overdo it.

If you’re going to write about violence, then put in enough detail to take your reader into that setting. If you choose to write about warfare, especially when you draw on a real historical event, then you need to paint the right picture. Weapons were not just for show. War is horrific, bloody and ugly – people got maimed and left for dead – so write about the believable aftermath of war. Don’t leave out the necessary details because you believe your readers would prefer it that way.

If you want to write fantasy books, then you will probably be familiar with the genre and, therefore, the clichés that exist. The biggest of these is ‘Evil’ represented by a Dark Lord. Everything about him is dark: he lives in a dark palace in a dark land, he wears dark garments, and he is surrounded by ugly dark minions. While representing evil in this way can be very visual for the reader, it can grow to become something that they expect. Stray from the clichés and make your characters that little bit unexpected, give your reader something to think about. Martin’s own villains embody this idea – the tall and fair Lannisters would traditionally represent the good, and they are certainly not the nicest of people.

George R. R. Martin has a great belief in self-editing, and with a series of novels that contain as many characters as A Song Of Ice and Fire, it’s not hard to understand why. When there are plenty of opportunities to do so, going off on a tangent or getting embroiled in subplots that add nothing to a novel is all too easy. Self-editing forms an essential part of the writer’s creative process, allowing him to go back through what he has already written and trim the text, ensuring his plot is as tight as possible. Martin prefers to trim back on his word count rather than cutting entire scenes or even chapters. Keeping the story tight keeps the reader engaged, which is the primary goal.

Use the advice of George R. R. Martin to help improve your own writing and perhaps you’ll find a bit of that same success!

Being an indie writer AND publisher, especially a ‘horror’ one (which doesn’t set us apart from others but does serve to skewer the mind something odd!) meant I was taking on great tasks with each publication I released. Changes in specifics on book creators’/retailers’ websites meant new knowledge had to be acquired before, during and – AARRGGH! – sometimes after each book was released! I was single-handedly doing all along what could be done by more knowledgeable individuals. In my case, they came in the form of PublishNation.

With a team that understands the ‘pain’ and the stress of taking a manuscript from its fragile, submitted state, by doing all the formatting and uploading and other legwork to ensure its overall readability, I knew it was in capable hands. Choices are offered at affordable costs; whether you wish to see your book in electronic form or in print, PublishNation sees to it all. They ‘get’ the precisionist mentality that a stand-alone writer/publisher adopts, and help ensure that those ‘crucial’ edits – such as misplaced letters, page numbers, etc – are mended before the final document sails.

I’ve yet to explore their marketing campaign, but I’m a believer in the onus falls on the writer. If they can’t be bothered to sell their book, what chance has it got?! It is an area of PublishNation’s that I hope to encounter soon, for any additional help should be welcomed with open arms, regardless of your own efforts. That is my advice to you.

Know who you are; know what you’re writing. Use the services available to you, especially when they’re as fine and proactive as PublishNation’s.