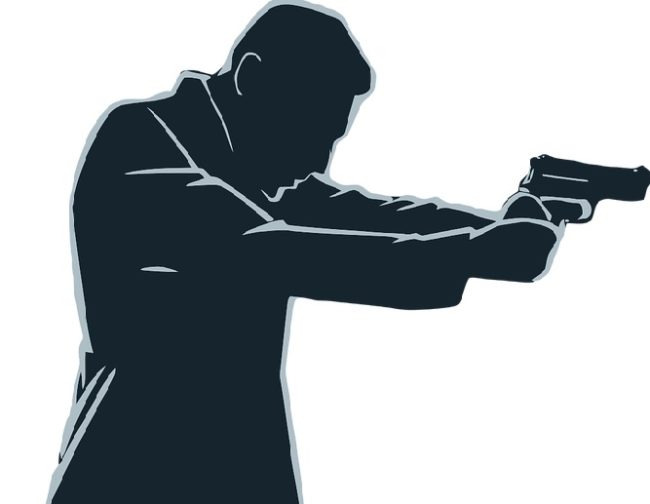 The creator of enigmatic Jason Bourne wrote a total of 27 thrillers and there are estimated to be between 300 and 500 million copies of his work in circulation, translated into 33 languages across 40 countries. He also wrote under the pen names of Jonathan Ryder and Michael Shepherd.

Born in 1927, Ludlum received a B.A. in Drama in 1951 and produced for the stage, and he served as a US Marine. This made him extremely well-placed to not only “write what he knew,” but also to understand how to bring the story to the public in an entertaining way.

In interviews before his 2001 death, Ludlum talked about the importance of observing people and analysing how they react. He was particularly interested in people who had undertaken huge lifestyle changes, from New York businessman to Caribbean charter boat captain, for example. He utilised their experiences as a blueprint for characters such as Jason Bourne.

He was also a great fan of travel and enjoyed spending as much time travelling as he could, with his children and their families when possible. In order to use his travel experiences in his writing, he would take several photographs and keep souvenirs such as tickets, menus, and brochures. He could use these physical reminders of a place to add credibility to his writing when using it as a location for a scene.

Ludlum was keen to plot scenes in minute detail. Like creating a travel itinerary, he would outline and research until he was totally clear what was going to happen in the world he was creating. Who meets who, what information is exchanged, what else is happening off-screen. He once said, “To me, storytelling is first a craft. Then, if you’re lucky, it becomes an art form. But first, it’s got to be a craft. You’ve got to have a beginning, middle, and end.”

The basics of plotting – start at the beginning and follow through the middle to the end – are the key features of a good thriller. You have to know the story in order to be able to tell it. But once you know that story, then you can craft your novel.

He is recorded as taking 3 months just on researching his books, out of the 15 or so months he devoted to writing each one. This research time allowed him to write from a position of knowledge and to pass that on to the reader. Even if such knowledge was not for the real world – after all there are only so many situations in which knowing the precise specifications of a terrorist weapon is likely to come in useful – by researching, he was able to bring a degree of authority to his work.

… but once plotted, you are free to write

Ever wondered how Ludlum got that “seat of the pants” feel to his writing? Because despite meticulous plotting, once he started writing, he was making it up as he went along, using his outline and plot as a roadmap to understand where he needed to take the characters. “Pantsing” allowed him to craft stories that have a perfect balance of storytelling and detail. Knowing how characters will react, without giving away motivations to the reader that will ruin later twists, and ensuring that each scene begins and ends with the story in the place that the plot demands. Ludlum believed that plotting gave him the freedom to write; like a tourist in a city, he knew where he was and where the next place on his itinerary was – all he had to do was to follow the side streets until he found it.

Within this process he also liked to apply theatrical principles to his writing, advising beginner writers to, “Throw the story in the air and see what’s going to happen.”

Ludlum felt a kinship towards craftsmen. Instead of working with wood and taking time to shape the pieces together to make furniture, or working with clay and moulding a bowl from nothing, he took words and shaped them into novels. He found what he termed “self-indulgent” writers, who tried to make writing an art form first, very annoying. For him, writing was about telling a story and then, perhaps, it becomes a work of art. “I don’t believe that my first name is Leo, or that my last name is Tolstoy. I’m a storyteller.” He emphasised that, even selling millions of copies of books and having many of them turned into films, his business was with crafting a compelling tale rather than art.

He would rise early and work for 6 or 7 hours a day before taking a nap and reviewing what he had written earlier. If he was satisfied with it, then he would allow it to remain part of the novel.

Coming from a theatrical background (his first book wasn’t published until he was in his 40s, following a career in acting and producing on Broadway), he understood the necessity of knowing your character. While he resisted suggestions that he might appear in a film of one of his novels, he did act out the characters as he wrote to enable him to feel their motivations and understand how they would react in a given situation.

For Ludlum, writing was all about the storytelling, and he was dismissive of criticism. While his books were flying off the shelves and defining a new genre – airport fiction – the literary world was less appreciative, although several reviews did make reference to the gripping nature of his work.

Ludlum tended to brush aside the critics and once compared himself to Charles Dickens saying, “The quality of an author’s work is not usually determined until after his death.”

The fact that after his death multiple authors still work on in his name, and several “Bourne” films have been released, perhaps proves his point.

PublishNation made the publication of my book a straightforward and painless process.  I lack patience, but luckily David and Gwen Morrison had plenty and even responded to my questions whilst they were away on holiday (sorry about that!).

The PublishNation website, and the advice David and Gwen offered, is very clear and it made deciding on the best options for my book a simple task.  For anyone considering self-publication, I would strongly recommend PublishNation.

Nicholas Turner was last modified: October 17th, 2018 by PublishNation
Nicholas Turner
How Not To Run 100 Marathons: And Other Stories