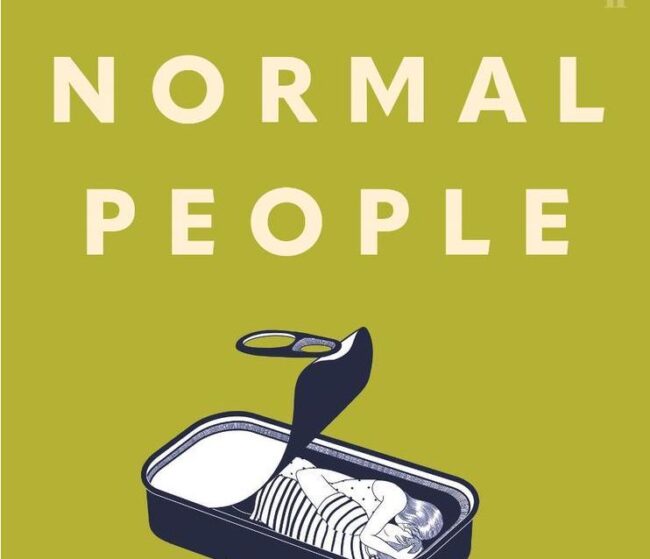 Does Snapchat or Facebook, or a smartphone, have a place in literature?

If anyone can be credited for creating a credible correlation between the latest communication methods and prose, it’s Irish author Sally Rooney.

Whether you have read the Man Booker-nominated Normal People or watched the prime-time BBC television adaptation, it’s easy to see why the 29-year-old from Dublin is being championed as the voice of the millennials.

As with her 2017 debut novel, Conversations with Friends, Sally explores modern relationships with all their pressures of the present-day, and doesn’t shy away from the everyday use of online connectivity.

But she is the first to admit she struggled to plug modern technology into her early attempts at writing.

Sally, who was named as The Sunday Times 2017 Young Writer of the Year, explained: “I was in my late teens and early twenties… I found it really hard to set stories I was writing in the present day because the present didn’t have a literary enough quality to it.

“I was reading Franny and Zooey and Raymond Carver, and I felt that in order to write something literary, it had to be like that – stuff set in New York in the 1950s.

“I felt like my characters can have telephones but they can’t have mobile phones.

“They can have a radio but I won’t give them a TV.

“Then I started reading Miranda July’s short story collection, No One Belongs Here More Than You, and I realized that literariness was in the sentences. That was a big moment for me.”

Whether it’s on Brontë’s 18th century rugged Yorkshire moors or the Victorian streets of Dickens’ London, the greatest novels almost always have relationships at their heart.

But today’s relationships are often multi-faceted with social media and emails having as big a role as the face-to-face and physical aspects.

In Sally’s first novel, Conversations with Friends, Messenger and email were crucial to the relationship between central characters, Frances, Bobbi, Nick and Melissa.

And she didn’t shy away from using the immediate language associated with type-chat for much of her book.

“That’s me writing, trying to communicate something to someone, who I trust, as I would like to trust a reader.

“Obviously Frances isn’t me, but the voice that she uses in the book isn’t dissimilar to the voice she uses in Instant Messenger and email.

“And we know that she’s a writer in the book, and she gets a story published, but the only writings we ever read of hers are her emails and messages.

“They are texts that she produces in her voice, and they are part of her writing life, even if they’re not ‘creative writing’.

“Messenger is definitely closer to speech than to email because it’s spontaneous, and you can’t revise and work on and shape each message without breaking the flow of the conversation.

“You just type what you have to say and hit return, then type another one and hit return again, and whatever editing you do is with an asterisk.

“Instant messaging does sit on that interesting border between text and conversation.”

Normal People author Sally Rooney on the importance of being modern was last modified: August 25th, 2020 by PublishNation

I had been writing my first novel for eight years before getting in touch with Gwen to seek help.

With PublishNation’s very affordable assistance, we edited and proofed my book and, I think, transformed it – ready for the world. It is now available on Amazon as a paperback and ebook and I couldn’t be more delighted.

Gwen and the team were hugely supportive and simply great to work with.

I could not recommend PublishNation enough. Now, onto the next novel!