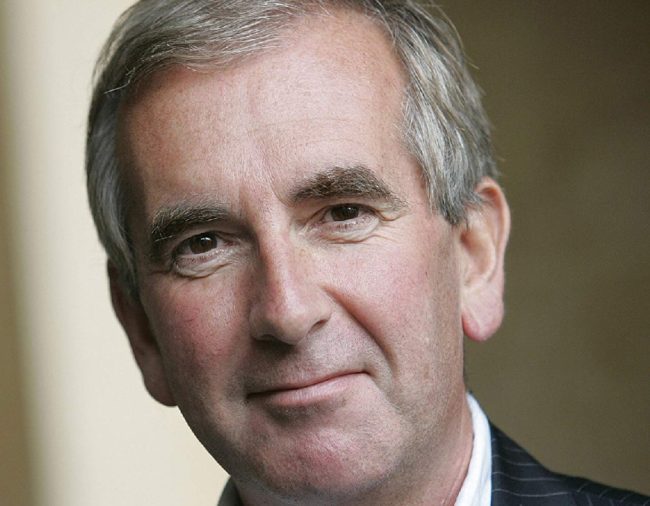 But the author of Fatherland, Enigma and The Ghost has established himself as one of the world’s best-selling novelists through hard work and following a few golden rules.

The former journalist believes that valuable advice from three fellow writers has, for him at least, made the process of writing fiction all the more pleasurable and successful.

Harris, who has also written Pompeii, Archangel, and Munich, believes the wisdom of American novelist John Irving is his number one golden rule, and one that shouldn’t be ignored by any aspiring writer.

And he confesses it was the rule of planning that got him over the finishing line with his debut, Fatherland.

Harris explained: “John Irving maintains that any writer who embarks on a novel without knowing how it is going to end is a fool and a knave.

“A novel, he argues, recounts something that has already happened – therefore you cannot just make it up as you go along.

“This practical approach had a profound effect on me.

“Indeed, it enabled me to complete my first novel, Fatherland which, in classic rookie fashion, had trailed to a baffled halt somewhere around page 50.”

While planning the storyline is vital, according to Harris, finding your voice and style ahead of typing that first word can be just as important.

Harris continued: “It was EL Doctorow who said you have to find the voice that allows you to write what you want to write.

“The shape and style of a novel is determined by the thought you give it beforehand – that the way you approach your material is at least as important, maybe more important, than the material itself.”

While Harris continues to observe the rules of plotting and planning, he admits a third rule, offered up by Philip Roth.

He concludes: “Have courage and remember the words of Philip Roth in 2003.

“Roth observed, when looking back on his career on his 70th birthday, that what you develop is a tolerance for your own crudeness.

“He said, stay with your crap and it will get better, and come back every day and keep going.”

Robert Harris’s new novel The Second Sleep is published by Hutchinson in September 2019.

I chose PublishNation to help publish my book because the price seemed so reasonable. With the money I saved I asked for a Critique Report. This was about eight or nine pages long full of suggestions of how I could improve my book. It took just a weekend to implement the changes and it went from being a book that was good enough to one I was really proud of.

I then took advantage of the Light Editing service which includes both proof reading and some editing. I could find nothing online to beat the price. All work came back exactly on the specified due date, and the whole thing seemed pretty faultless to me.

I dealt with David Morrison by email. Every request or query I made was responded to effectively and efficiently either on the same day or the next day. There were no hidden costs. I would heartily recommend PublishNation to anyone confused about the self publishing process.

Stephen Price was last modified: October 30th, 2019 by PublishNation
Stephen Price
How Not to Feel Other People’s Stuff: A Guide for Empaths