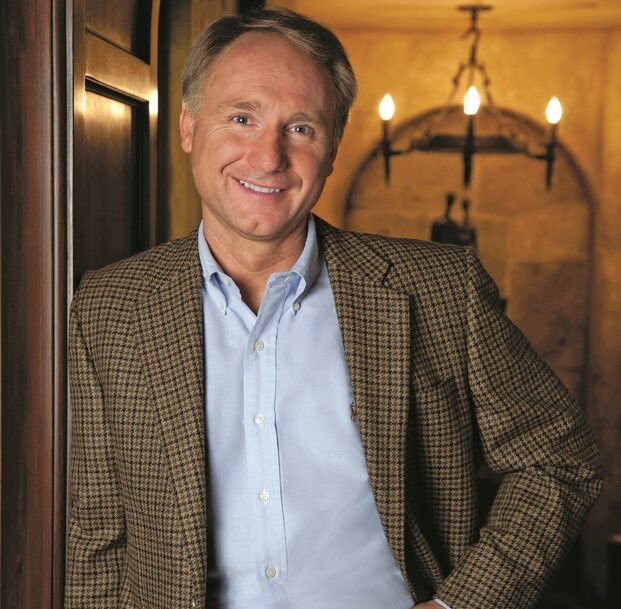 Dan Brown likes to address the big questions when approaching his novels.

Whether it’s the Bible, freemasonry, the Church, evolution, or artificial intelligence, the 57-year-old is never afraid to turn over the controversial taboo stones when creating a plot.

With sales of more than 200 million print copies, the man behind The Da Vinci Code, Angels & Demons, and Origin is the perfect guide for taking your writing into the most challenging of terrains.

Rather than starting out on safe ground, Dan encourages all budding writers to explore, ask questions, and make a habit out of getting it wrong.

He said: “It’s not so much about writing what you know – but write what you want to know. Educating yourself is part of the fun.

“Research is vitally important. Go to the places you want to write about; explore them.

“I often go to places that are going to feature in a novel and I get there and think ‘wow’ and suddenly my story evolves.

“Write the wrong thing a few times and sooner or later you’ll start to write something you want to share with the world.”

Challenging perceptions and questioning things like religion and spiritual teachings through his fiction can come at a cost.

Raised Episcopalian in New England by educationalist parents, it was his introduction to astronomy and the origins of the universe in ninth grade which planted seeds of doubt regarding his own faith.

The publication of the Robert Langdon series of novels led to heavy criticism from both religious and literary sources.

“My advice to writers is that you’ve got to write something that you’re passionate about, that really excites you.

“The irony is that I’ve really come full circle.

“The more science I studied, the more I saw that physics becomes metaphysics and numbers become imaginary numbers.

“There are enormous parts of the human experience and science that make no logical sense, no rational sense, and certainly imply that something else is going on.

“I would not be surprised to find that there is some good big thing.

“The religions of the world have come up with some pretty interesting tales about where we came from and why we’re here. I don’t think any of them are true, but I’m open.

“The further you go into science, though, the mushier the ground gets. You start to say, ‘Oh, there is an order and a spiritual aspect to science’.”

One science that Dan has mastered as a writer is the creation of suspenseful storylines.

Over the past 25 years his exciting thrillers have been translated into 56 languages as readers become absorbed in the adrenalin-fuelled plots.

Dan added: “Suspense is all about making promises to your reader.

“You promise them that if they keep reading you will tell them what is going on – this way they want to keep reading and reading.”

At first, I was a little unsure about the self-publishing route. Before I found PublisNation, I looked at  other self-publish companies online. They were charging so high a price, that the whole idea seemed undoable. The Publish Nation website explained the process so well, and the no hidden fees proved to be true to testament. Now I wouldn’t hesitate to contact the PN team again.

Now my book is published (Secrets of the Care Sector) I  wish to start a business as a Writing Coach to help others get into print. To that endeavour I hope the PN team will become part of that process.

Thanks to David and Gwen for all your support.